Earlier this week Nicolas Ghesquière posted a portrait of himself and the League of Legends player Senna in his Instagram feed. He has custom made an in-game Louis Vuitton “prestige skin” for her, as well as a League of Legends capsule collection for LV. Virtual reality is fashion’s next frontier, and Ghesquière is an eager pioneer. It jibes with not just his lifelong sci-fi obsession, but also the time travel narrative he’s made a central part of his Vuitton narrative. The future is here.

Of course Ghesquière has plenty of IRL muses in his crew too, and for pre-fall he cast them in a series of “collaborations.” Jennifer Connelly, Sophie Turner, Léa Seydoux, and co. are the stars of imagined horror and sci-fi novels, as well as B movies for which Ghesquière has commissioned book covers and film posters and created LV looks for the performers to wear in them. Photographer Collier Schorr shot the images and a team of four international artists created the accompanying illustrations, with results that look intentionally—and quite satisfyingly—retro and lo-fi. Ghesquière says the book and movie concepts came first and the clothes second. 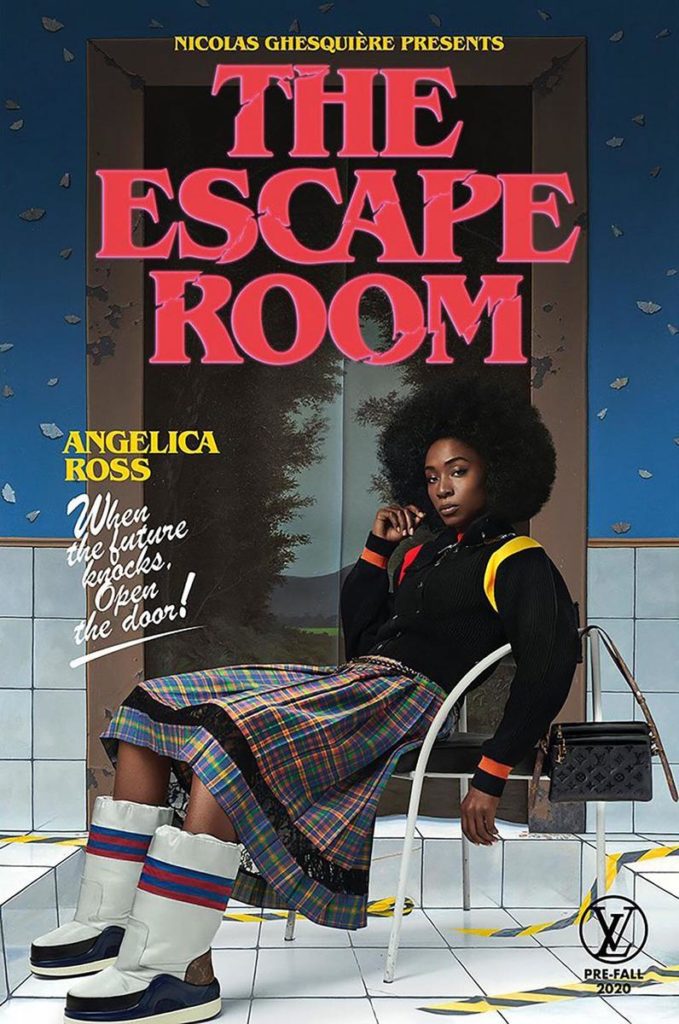 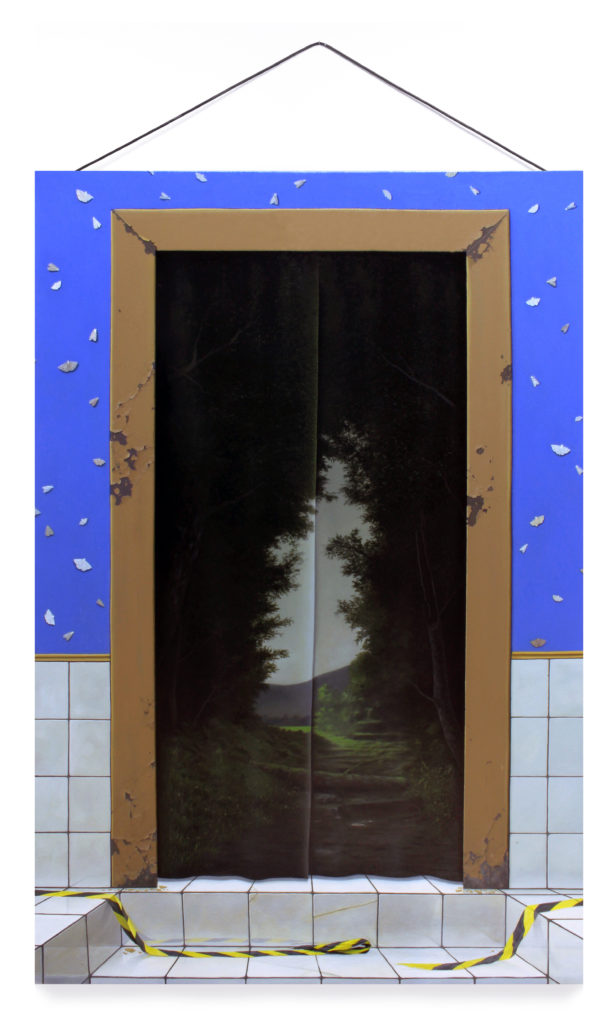 “William Peter Blatty, who wrote The Exorcist, gave us the rights to print the cover of the book. It started there,” he explained. “It’s such a great symbol for me to use a fiction and incorporate it into an outfit. I thought, what’s the reverse? To use the fiction as the illustration of the fashion. It’s a kind of a mirror effect in this action of representing them all in these different characters.” The Swedish pop star Robyn, for example, told Ghesquière about a dream of hers in which she meets a talking tiger. Voila: The Night Chaser, in which she wears a sequined camisole and motocross-inspired leather skirt. Giant purple cat claws clutch at her bare shoulders.

Considering the ambitious look book concept, the pre-fall collection itself is highly individual, much more so than Ghesquière’s runway shows, which are bound by a singular narrative. But five years into his LV tenure, a general rule applies. Ghesquière is interested in anachronisms and clashes not just of time but also of mood or spirit. So, Exorcist T-shirts pair up with sequined cocktail numbers, and moon boots accessorize a classic ivory pant suit. The singular narrative has been replaced by multiple, more personal ones.

On that note, maybe these book covers will inspire some LV fashion fan fiction? Or, who knows, even a screenplay? Jaden Smith in Lost Planet, a “nightmare techno-thriller where no microchip is spared”? It could be a hit. 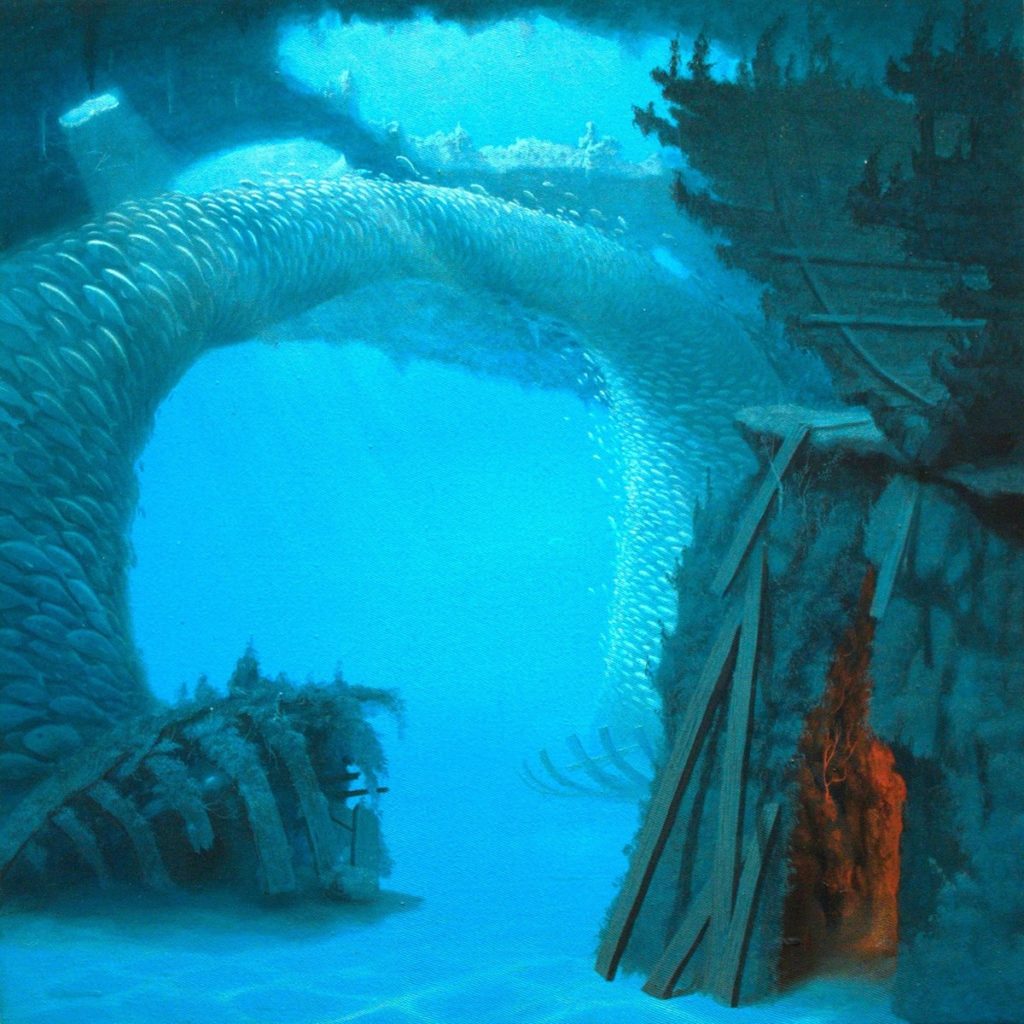 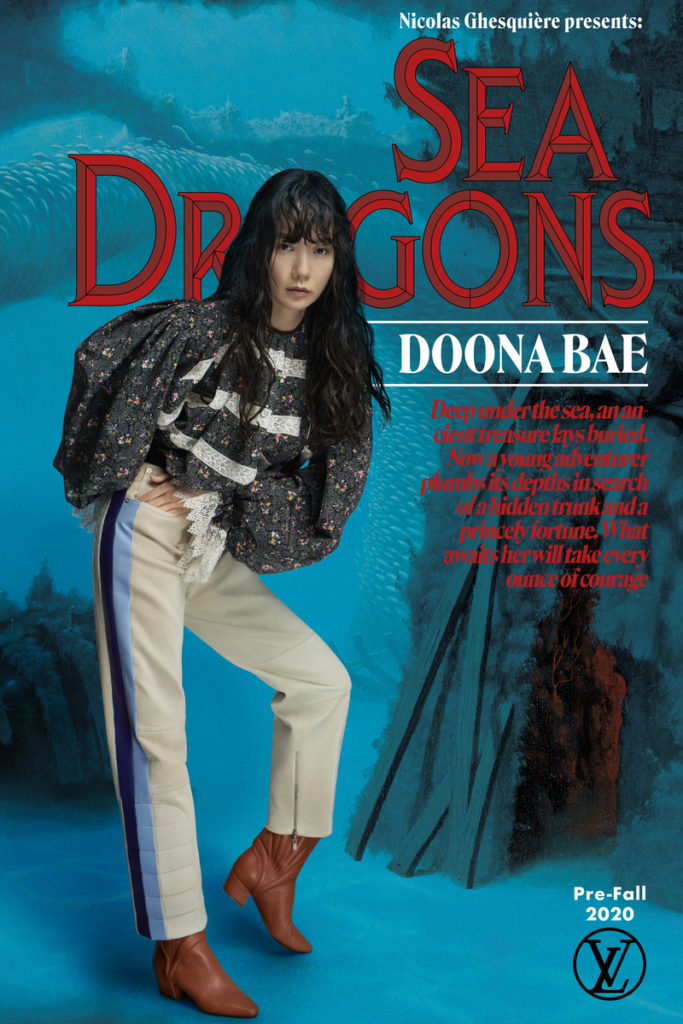 Multiple narratives. #EmmaRoberts, #GuguMbathaRaw, #StacyMartin and #DoonaBae in the new #LVPrefall20 Collection. Inspired by vintage book covers, @NicolasGhesquiere’s upcoming #LouisVuitton collection was photographed by @CollierSchorrStudio ahead of its arrival in stores this May.

Journey through time. #Yaya, #SamaraWeaving, #AngelicaRoss and #NoémieMerlant in the new #LVPrefall20 Collection. @NicolasGhesquiere imagines a cast of intrepid heroines on vintage-inspired book covers ahead of the collection’s arrival in #LouisVuitton stores this May.